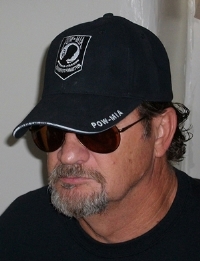 As I like to say, I was born in New Mexico, seasoned in Texas and baked in Arizona, so I’m pretty much done.

For a time, I wrote under a few personas and several pseudonyms, but I take a pill for that now and write only under my own name. Mostly. Occasionally you’ll still find stories out there by Nicholas Z Porter, Eric Stringer, Gervasio Arrancado, and even a few by MJ François. You can read about my personas here. They each have their own short, interesting bio.

I was born in Alamogordo. It’s a Spanish word that literally means “fat poplar” and alludes to the cottonwood, the “grandfather tree” according to many Native American cultures. Alamo is a fairly small city in southeast New Mexico. A lot of my people on both sides of my family lived there and in the beautiful Sacramento mountains above Alamo for decades. They were scattered between High Rolls, Mountain Park, Weed, Mayhill and a few other places nobody’s ever heard of.

Other than a brief stint near Gallup in the northwest corner of the state and a little over one year that I spent with my paternal grandparents on Cottage Row in High Rolls, I spent most of my formative years on the tall-grass plains of Lea County down in the southeast corner. I graduated from Tatum High School in 1970 and went to Marine Corps bootcamp in September of that year.

I liked the Corps, so I hung around awhile. Now I consider it my 21-year civilian-appreciation course. Seems I was a slow learner. The cameraderie of the Corps — today, when I’ve been out longer than I was in, sometimes I sill miss it like air. It’s a prime example of that well-known conundrum: if you weren’t there, I can’t explain it well enough for you to really get it; and if you were there, no explanation can do it justice.

I’ve also worked as a police officer, a truck driver, a dishwasher and busboy, a landscape laborer, an oilfield roustabout, a proofreader for a major publisher, and a cowhand, though I spent a lot more time repairing fences and replacing posts than anything directly to do with cattle.

I’ve often wondered how much calmer and more introspective my life might have been had I simply kept working on one ranch or another after graduation. I had my eye on a few big ranches, including Jones Ranch, which, according to the signs on I-40 both east and west of Amarillo, Texas, basically surrounds the city, one of my favorite places on earth.

But it’s all good. Today, I’m a prolific professional fiction writer by pretty much any standard, and that’s better than good. Through my characters, I live many more lives than this one.

Through Maldito, I witness life on that magic realism horizon where reality folds into imagination. As Wes Crowley and later Rider Jones, I know what it is to ride wild on a good horse in a just cause, and as Four Crows, I know what it is to cling desperately to a way of life that is apparently destined to disappear.

Through my science fiction, I see the earth invaded by otherworldly beings, and I travel on a generation ship to help colonize a new Earth called Terra 2. As Stern Talbot, a private investigator, and as other detectives, I’ve solved crimes and mysteries. And as Nick Spalding, I’ve fought in a war that closely resembles the Spanish Civil War that predated World War I. And more. Much, much more.

My titles are available in every ebook format in over 400 markets and 1200 libraries worldwide. Several of my longer works also are available in trade paperback editions at Amazon. But frankly, I recommend buying at my publisher website, StoneThread Publishing. There’s a pretty good discount if you go that way.

Some of my short fiction still appears under the names of my various personas. They refused to let go. Hence, you can find those under both my name and under the name of Gervasio Arrancado or Eric Stringer or Nicolas Z Porter.

I miss and envy my former personas. I envy Gervasio Arrancado his rich cultural heritage and his wealth of acquaintances, Eric Stringer his frenetic frenzy, and Nick Porter his plethora of adventurous experiences. I still visit with them on occasion, and sometimes they still help me write. I am appreciative. After all, there are writers starving in China. Or something.

Oh, the ball cap. No, I was never a prisoner of war.

Once upon a time, a particularly belligerent (ahem) gentleman pointed at me and yelled, “Hey, you shouldn’t masquerade as a POW!”

He was wearing an LA Dodger baseball cap. I grinned, told him I don’t take advice from baseball players, and asked what position he played.

I pointed at his hat. “If you don’t actually play for the Dodgers, should you be wearing that? Aren’t you ‘masquerading’ as a ball player?”

He whipped off the hat, glared at me, and muttered, “Wull, it ain’t the same thing.” Then, thankfully, he went away.

And sure it’s the same thing. I was never a prisoner of war. However, I did serve time in the Corps, and I do strongly support those who were or are POWs.

So that’s the story on the ball cap.

Thanks for visiting. See you on the other side.